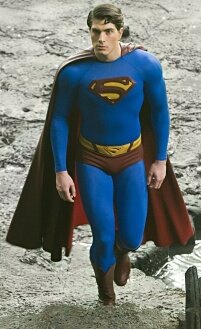 I am not talking about Superman Returns but
Spider-Man, more on that later.

Today and this entire week for that matter is all about Superman. In the movie Superman has been away from Earth for more than 5 years, but in reality its been 19 years since the last Superman movie. The movie was scheduled for release on June 30, but few weeks back Warner Bros. Pictures decided to release it two days earlier i.e today June 28, a Wednesday. It gives the movie two more days to collect box office before Disney's Pirates of the Caribbean: Dead Man's Chest opens on July 7.

But I still have to wait until June 30, on Friday to watch it. Well I was little disappointed, not because that I won't be able to watch it early like the people in US, but for the fact that a Wednesday opening will reduce its chances of breaking box office records for Best Opening Day & Single Day collection.
It would have been better to see a Friday opening with big box office record for Opening & Single Day. Of course there are movies that have records for Best Wednesday Opening & Wednesday Single Day collection like Spider-Man 2 and The Lord of the Rings: The Return of the King. And it will have a total 5 days weekend collection, than the regular stronger Fri/Sat/Sun 3 days weekend collection. Well it will rule the box office this week anyways, Go Superman...

Past few weeks its been great fun reading all the various Superman related articles across the web. A series of articles titled "Fanboy Dilemma" at MTV.com by Karl Heitmueller has been a good read, especially Part Three

Also check out 40 Things You Don't Know About Superman by Kimberly Potts
Thanks to my friend Krishna for forwarding this link.

I was going to post links to many new movie trailers that got released in the past two weeks, well they all can wait. Cause I just found something about My Fav Superhero.
That's right, Spider-Man 3 Teaser Trailer is up. Click on the image to visit the link.
Posted by Vivek at 10:09 PM 4 comments

My favorite actor turns 45 today. In other news, Michael J. Fox was recently seen on the season finale of The Apprentice, he was playing for the Pontiac's Celebrity Hockey Game, benefiting The Leary Firefighters Foundation.

Scrubs star Zach Braff has launched his official website, visit www.zachbraff.com
Currently you can view his video post and have an exclusive first look at his new movie "The Last Kiss" which is releasing on Sept 15. You can check his previous blogs here

My two favorites together. 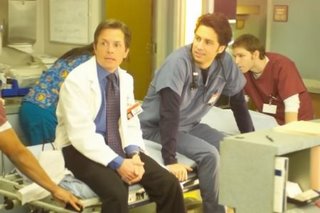 Pixar's Cars is getting released today and you can watch the teaser to their next film Ratatouille here.

Other movie trailers which got released this week are...

The Wicker Man This remake of the 1973 British horror thriller stars Nicolas Cage.

The Night Listener, My Super Ex-Girlfriend, The Ant Bully.

Watch preview of NBC's new shows.
NBC has launched a First Look website, where you can watch trailers of the new shows scheduled for this fall season.

You can view the rest here.
Posted by Vivek at 2:34 PM 3 comments

I have been postponing the whole idea of starting my own blog and was waiting for the right time to start it. Well June 2, 2006 doesn't seem like a significant date. I was kinda hoping it would fall on a date like Nov 12, but that's way too far for now, perhaps June 6..hmm.

Anyways I was furious after reading the following article in the Bangalore Times Edition.

And all this made me write my first letter to Times of India.

Dear Bangalore Times Editor,
This email is regarding the article that was published today in the Bangalore Times Edition about Jennifer Aniston (Page 7). This article is accompanied by Aniston's photo with the tag line "At her sarcastic best". And its sub titled "Jen is no more the sweet-girl-next door. Read what she has to say about Brad, Angelina and their new-born baby.." Now this is highly MISLEADING. Cause this was not written nor narrated by Jennifer Aniston.

This article was written several weeks back and was updated recently in the events of the birth of Jolie's baby.

This original article ends with a disclaimer saying that "Helen A.S. Popkin does not claim affiliation with either Team Aniston or Team Jolie." It is the author's personal ramblings about the whole Jolie-Pitt fiasco.

Now the person who added this article in the BT edition has not got his/her facts straight or that person has chose to ignore the facts in order to get a juicy article published. The damage is already done and since this is gossip about Hollywood celebrities and not about regional or national issues, this article probably WON'T have a follow up saying "The article published yesterday was wrongly quoted as attributed by Jennifer Aniston. The article was the writer's interpretation of Hollywood celebrities. We are sorry for the error and apologize if we have hurt our readers' sentiments."

Although this is the first time I am writing to Times of India, this is not the first time BT has published a misleading article. I am aware that the articles published in BT are more gossip oriented and trivial. But this is not something being out of context, its something totally fictitious. Most of the gossip articles in BT is copy & paste from the Internet. But the people writing/editing these articles should learn to do their homework before getting them published, do their research on the source of the articles rather than trying to come up with catchy titles for the articles.

Thank you for your time,

Movies, Television, Comics & Action Figures are the more common topics you will find here and things which are absolute fiction in nature. No, I am not talking about Time Travel but World Peace.

For the people who are pondering about the significance of Nov 12, you will find the answer while watching the "Back to the Future" trilogy, my favourite movies of all time. As for June 06 (i.e 06.06.06) go here