I finished watching the entire season 4 of Arrested Development﻿ on Netflix. I wasn't too pleased with the opening episodes but it started getting better after episode 3. And though the episodes aren't all out funny like the original seasons, they are still pretty entertaining even though some of the plot felt confusing at times. Some of the jokes and plot lines really pay off well in the later episodes.

It appears seven years haven't been too kind on Portia de Rossi, though in the later Lindsay episode she looked much better with her short hair. Tobias episodes were initially the most funny ones, I also enjoyed the episodes of Gob, Lindsay, Maeby and Buster. But George-Michael episodes were my overall favourites and pretty hilarious in some instances. All in all I am glad they brought the show back and perhaps they can have season 5 next year in a regular narrative format.

How Netflix’s ARRESTED DEVELOPMENT Could Change TV Forever
Click on the above article to get more info on the episode format and why they chose that.

In the future I plan to watch all the Arrested Development season 4 episodes again but in random order to see how it plays out. 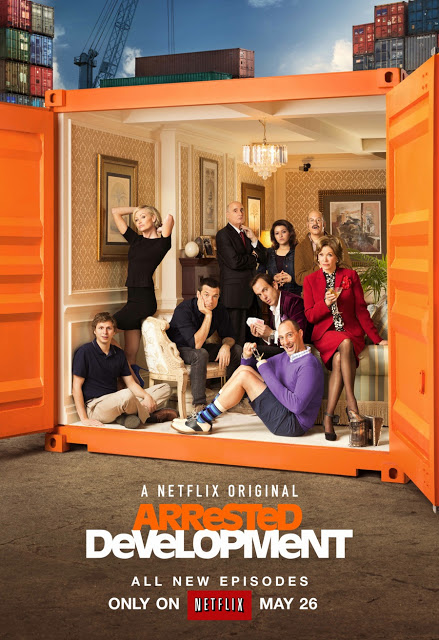