I liked Man of Steel, it was good but far from great. I was expecting them to rush through the Krypton scenes, but was glad that they fleshed out the origin story with his parents while also making Zod's story arc more relatable.

I had quite a few issues with the film, mainly cause though the visuals of mayhem and destruction looked impressive including moments of Faora kicking serious butt, followed by Zod confronting Superman; eventually the action in the second half felt little too tedious.

Henry Cavill was great and embodied most of the qualities of Superman so well, but I wish they had established the character of Superman in the world for some more time, instead of Zod invading so soon. Amy Adams was unlike any other Lois Lane before, but she made the character her own and I wanted to see more scenes of her and Clark Kent.

Clark and his backstory through flashbacks both as a kid and as an adult including the Kent family scenes delivered the emotional punch (one scene in particular) that was more memorable than the physical punches and action later in the film.

This incarnation of the character is not my grandpa's Superman, not my father's Superman and probably not my Superman either. But he is the Superman of this new generation and though some of his character and universe mythos have been changed or lost in this adaptation, I enjoyed this film and its modern interpretation. And now with the origin story being established I am hoping we will get to see a better film from Zack Snyder next time with a more balanced out script of story and action.

This is one of my favourite tracks by Hans Zimmer from the movie score which was also used in the trailers. Play the music, increase the volume (perhaps put on your headphones) and close your eyes throughout the track as you slowly experience goosebumps and then visualize Superman taking flight.

If this video appears blocked, search for the track "What Are You Going to Do When You Are Not Saving the World? " on YouTube, the 5 minutes version. 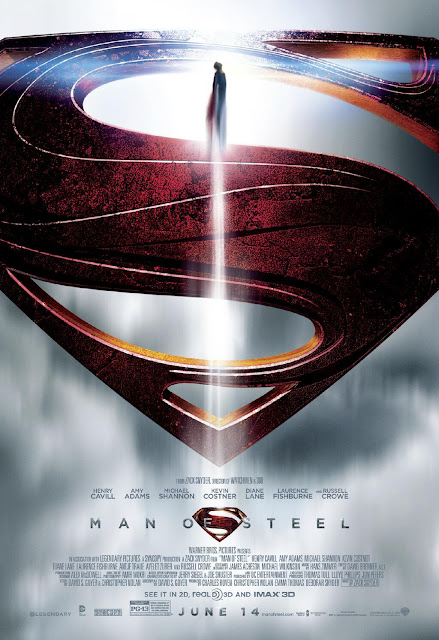 Posted by Vivek at 3:45 AM 0 comments Links to this post