My Top Favourite Movies of 2014

I saw 44 movies of 2014 and 16 of them were in the theater. I have yet to see Whiplash, Birdman, Inherent Vice, Selma, American Sniper and few others which I missed.

There were some great big budget movies this year, along with many great independent movies too.

My top favourite movies of this year are as follows. 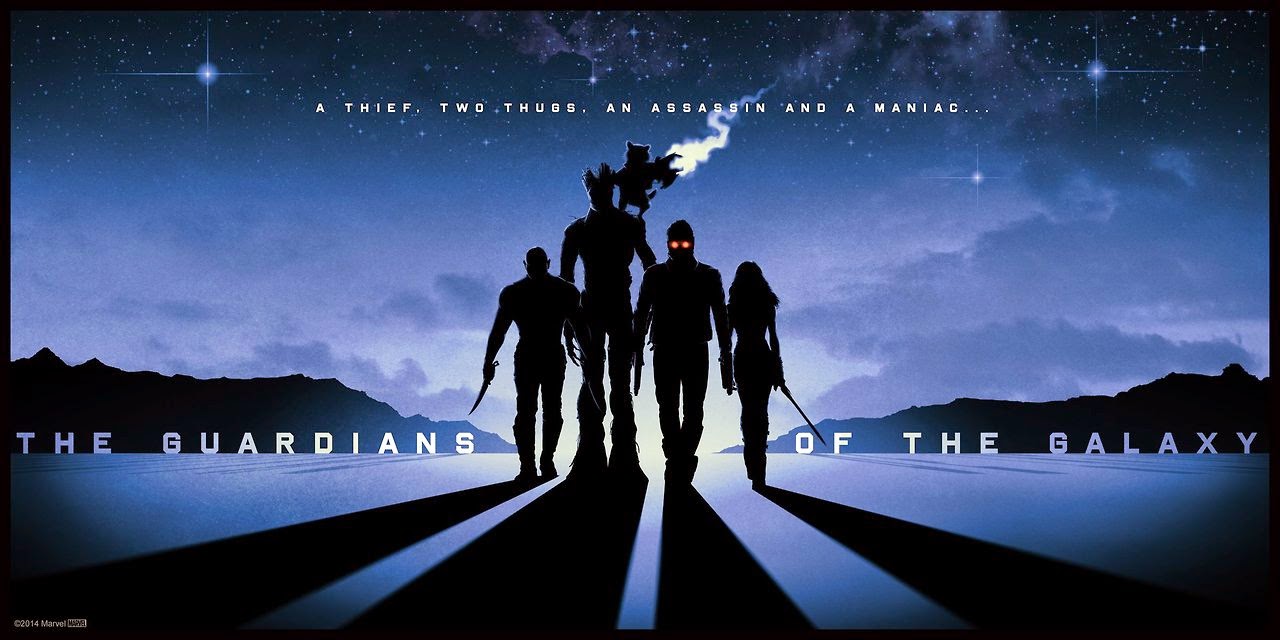 Two cool mashup videos showcasing scenes from movies of 2014. The second one is little longer but is great and well done.

Posted by Vivek at 6:02 AM 1 comments Links to this post

Passengers is one of my most anticipated movies of <whichever year it gets released>.

Past couple of weeks while reading on the possible Prometheus sequel writers, I decided to go back and read on how the writing for Prometheus was assigned to Jon Spaihts.

I knew he was handed the writing duties to Prometheus based on his pitch for the Alien prequel idea which Ridley Scott was looking for, but its his prior space sci-fi scripts is what made him more credible as a writer in the industry even though they haven't been made into movies yet.

I briefly knew about his prior work but started reading more about them.

Shadow 19: This script seems to have a Starship Troopers and Edge of Tomorrow vibe. You can read the script review for Shadow 19 here. This review was written in 2009 and the script was circling in Hollywood few years prior to that. Keanu Reeves was attached to star with Warner Bros producing it. The studio eventually didn't go through with it. 5 years later WB made Edge of Tomorrow. It's hard to assess if this script was inspired by the novel All You Need Is Kill (2004), but Shadow 19 takes place on other planets and doesn't involve a time loop, but on the surface the basic premise is kinda similar. It's still a pretty awesome story which sadly won't get made into a movie anytime soon.

Passengers: After Shadow 19 deal fell through, Keanu got Spaihts to write the screenplay for Passengers. 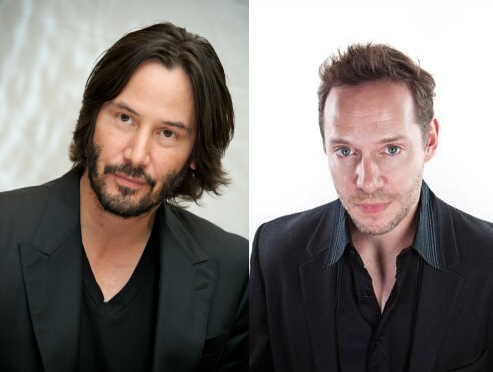 This is a great interview with Jon Spaihts by Filmmaker magazine, conducted in 2012 during the week Prometheus got released. Click on the above link. It's always interesting to know about the different jobs writers are involved with before getting into screenplay writing. Spaihts talks about some of his favourite movies and authors while growing up. His writing process, his experience dealing with people in Hollywood and the nature of studio meetings. He talks about his other films in development and on how he got to be the writer for Prometheus and his experience during the development process.

Here are some excerpts:

Filmmaker: So what happened after Shadow 19? Was Passengers the next script after that?

Spaihts: It was. Keanu Reeves was attached to Shadow 19 when I was developing it at Warner Brothers, and he and I came to a version of the script we both loved and wanted to get made. And we couldn’t convince the studio to make it. The studio moved on and hired other writers and the project took off in a direction we didn’t like. So we both went on about our business and a month or two later I get a call from Keanu’s people saying, “Hey, he wants to find something else to work on with you, let’s pick a project.” So we met, and I threw a few of my ideas at him. One of them was a hardboiled noir cop story set in the present day that took a big sci-fi hook at the end. He was intrigued by it, and we talked about it for maybe six weeks. It was a very bleak dark story and in the end he said, “This is too dark for me.” But it featured prominently the image of a man stranded alone in space. He couldn’t let go of that image, and his business partner called me and said said, “Look your story is not for us, but we love this image. Is there a happier story that can be told?” It was a powerful question. I had never asked it of myself but it was one of those moments where a story seemed to leap from my head fully formed and one idea seemed to lead to the next with a beautiful necessity. In about half an hour I riffed the spine of the story that became Passengers. They hired me to write it, I wrote it, and we are still working hard on getting it mad. Things are not looking bad these days though I can’t say very much about how it is going.

Sony has now acquired the rights to Passengers. You can read the news in the above page. The following is a brief synopsis. Considering Keanu was originally the reason the script came into being, I hope he is still going to star in it.

"Passengers takes place on a spacecraft transporting thousands of people to a distant colony planet and has a malfunction in one of its sleep chambers. As a result, a single passenger is awakened 90 years before anyone else. Faced with the prospect of growing old and dying alone, he eventually decides to wake up a second passenger, marking the beginning of what becomes a unique love story."

I know some are now going to groan on the prospect of a love story like some 8 year old. But remember lot of good fiction including science fiction are always embroiled in human stories in the midst of sci-fi settings. From the reviews I have read, the screenplay for Passengers has gotten high praise all around. And it was also included in the 2007 Black List (most liked screenplays which have not yet been produced).

Filmmaker: It sounds like you’ve made a complex movie, an ambitious adult science-fiction film dealing with intelligent, philosophical themes, and this is not really what’s being made these days. And it seems to me that you’ve been able to do this because you’ve come in under the mantle of this Alien prequel. But to some extent it seems like this could have been an original. If the original Alien didn’t exist this movie could have been invented. Am I correct in saying this was a little bit of Trojan horse? Or, to ask the question more directly, could a similar movie exist today if it was pitched as an original?

Spaihts: It would be a much harder movie to sell. Hollywood is constantly searching, it will tell you, for new ideas. But if you bring it a brand new idea, it scares the hell out of everybody. There’s a real trend in the industry right now to seek the reassurance of an existing property, known characters, known titles, known quantities. It’s hard to get the studios to invest in a brand new idea because that leaves everyone out there hanging in the wind. It means people have vouched for it standing on their own judgment. They can’t say, “Look it’s from this A-list writer, this series of A-list novels, that popular TV series, this incredibly popular cartoon.” They have to say, “I think this is good” — that’s all they have to hide behind. In the volatile industry of Hollywood that puts everyone at risk. It’s hard to punch through that apprehension, that nervousness about making big leaps into the unknown. In Hollywood’s favor, it still happens all the time. Originals are still being made and are still beginning blockbusters. But it’s always a fight, always an uphill battle. It takes a powerful patron to push those projects through.

Filmmaker: Do you think that’s going to change or is that the world we now live in?

Spaihts: I hope that we will relax a little bit in our mania for existing intellectual property. A lot of the great franchises of our day were born for the first time in a film. Luke Skywalker and Indiana Jones didn’t come from television or books; they were written to be movies. Likewise, the great characters of Hitchcock, and so many other filmmakers. So yes, I hope that we will have more faith in the ability of this medium to create.

With that I can't stress enough the need to support more original films. I love franchises and sequels like most movie fans, but when moviegoers skip non-franchises films due to some inane excuses it just proves the fear of Hollywood suits.

Sequels: "Oh another sequel, I will watch it"

Reboots: "Another reboot, why Hollywood why?", "Guess I will still watch it anyways"

Non-franchise genre film: "Well it looks like <abc> or sounds like <xyz> or reminds me of <xyz>, guess I will skip this". And then few weeks later, "Oh Hollywood has run out of original ideas".

Movies like Duncan Jones' Mute and Shadow 19 got shelved among many others likely cause they were risky. I am glad Passengers is moving forward. But with Edge of Tomorrow under performing, it will continue to be tough to get original and non-franchise big budget movies green lighted unless perhaps one is Christopher Nolan.

And even though all of them may not necessarily promote the spirit of exploration, it's imporant that space movies continue to get made as it will help to convey the future possibilities of space into public consciousness.

Posted by Vivek at 8:07 PM 0 comments Links to this post