Watched Mallrats today after a long time and reconfirmed my stance on it. Mallrats has always been my favourite Kevin Smith movie and it still is.

I know Mallrats continues to get flak from many fans and viewers. Clerks and Chasing Amy are definitely better films and probably Smith's strongest works, but I still prefer Mallrats over them for the more fun and entertaining factor. It's still hilarious, including so many great lines.

It's surprising to know that the movie cost $6 million back then in 1995 despite it being limited in its scope and shooting locations.

And at a time now when adding comic and pop culture references in movies and TV episodes are becoming sort of a cliche and are almost passe during certain instances, Kevin Smith back then managed to make it seem organic with his writing and infused it naturally through his characters and plot lines. It also probably helped that not many film and TV people were doing those things at that time. 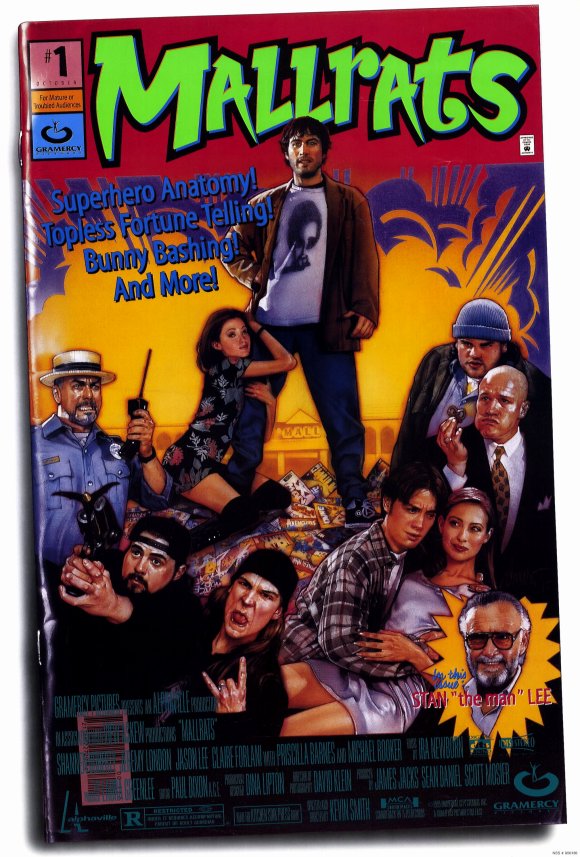 Posted by Vivek at 2:54 AM 0 comments Links to this post

Oblivion is a visual stunner and more

I wish I had the chance to see Oblivion in IMAX as it was meant to be seen that way. The movie is worth the ticket price for its stunning visuals alone especially all the gorgeous landscape shots. The production design team did a fantastic job while invoking this great vibe of sci-fi world for Oblivion; including the cool vehicles, drones, weapons and other tech which were also some of the highlights of the film.

Though it didn't really stand out throughout, M83 did a good score to the film with some memorable themes. (You can listen to the entire soundtrack below which was composed by Anthony Gonzalez and Joseph Trapanese).

The world of Oblivion is established pretty quickly during the opening minutes of the film, while the story build up takes its time. Also it was interesting to see how a large portion of the film's beginning is carried out pretty much by only two characters, played well and effectively by Tom Cruise and Andrea Riseborough.

There are quite a few twists in the story and though they are far from original concepts, it works in the premise of the movie. Oblivion doesn't reach the levels of greatness I was hoping for, still it's a worthy and great step up by director Joseph Kosinski who has delivered a entertaining and visually compelling film. 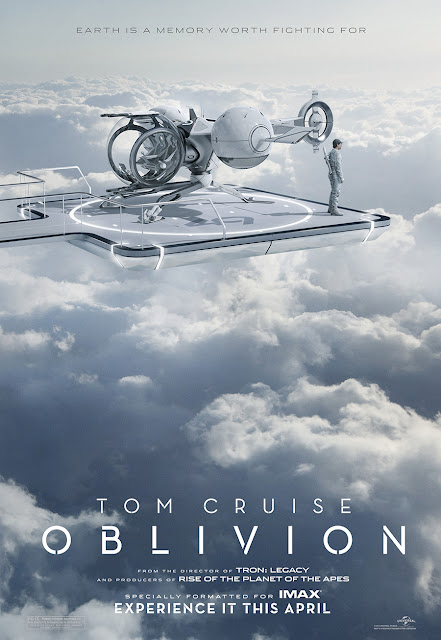 
Mondo is also releasing the soundtrack on vinyl with cover art by Kilian Eng as shown below. More details here. 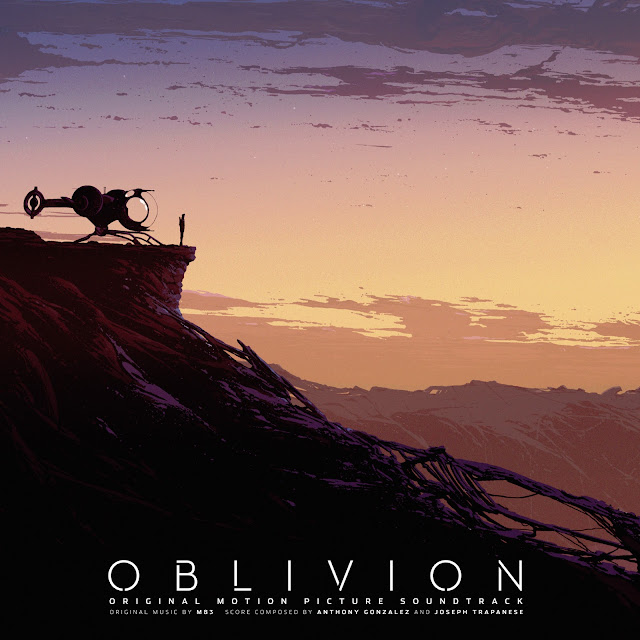 Posted by Vivek at 1:03 AM 0 comments Links to this post