Snowpiercer is gruesome and unpredictable where the stakes keep rising. Chris Evans gives a solid performance along with a great supporting cast.

The movie isn't necessarily cerebral, yet some of the moments and ideas in it are thought provoking. It's a refreshing science fiction film, jam packed with intense action. 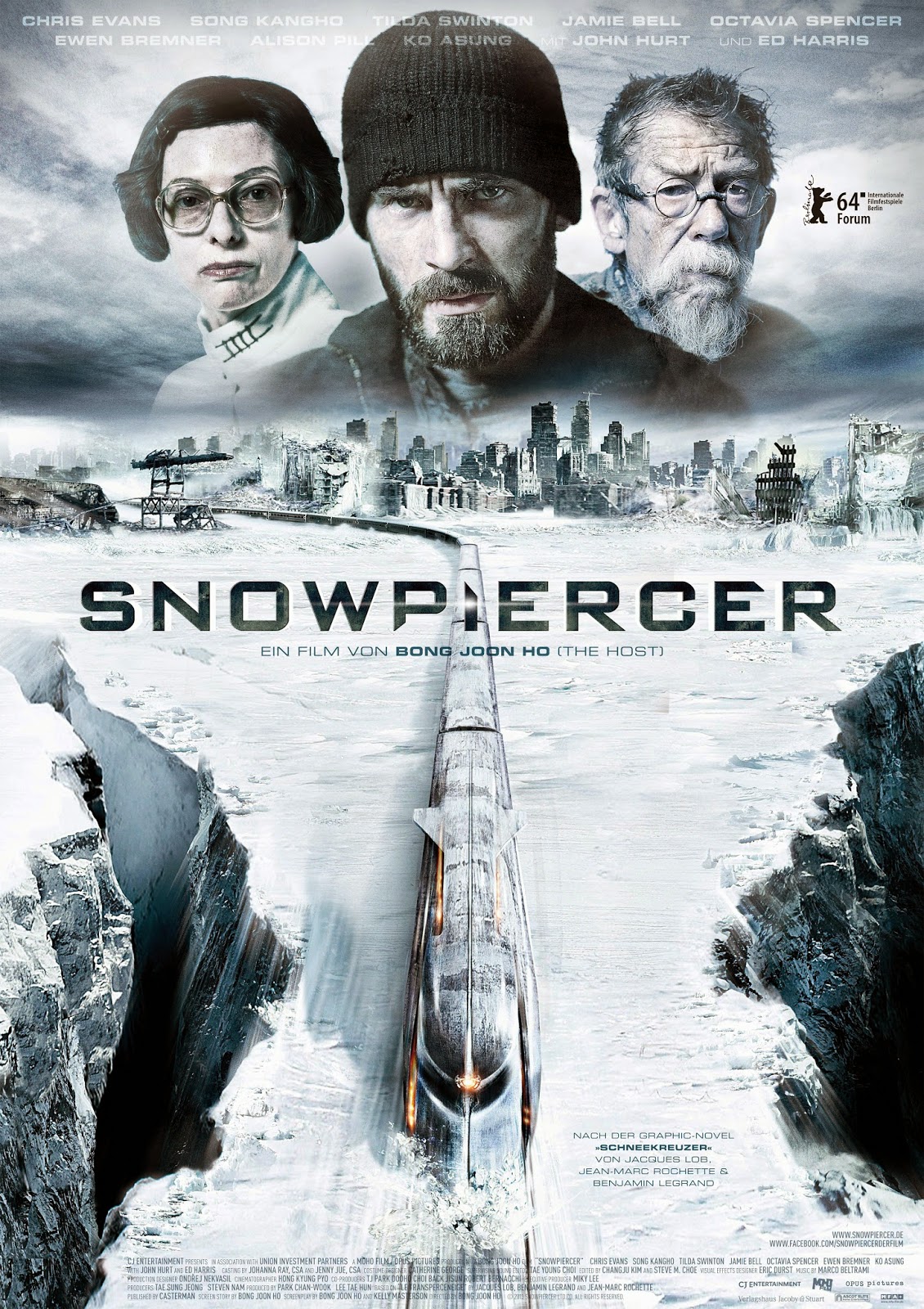 Posted by Vivek at 4:46 AM 0 comments Links to this post

The Guest premiered at Sundance early in 2014 and I've been really looking forward to it after reading all the positive buzz. The tone of the film being compared to John Carpenter's films and The Terminator got me quite excited. I haven't read anything more about the movie's plot beyond the basic premise.

It's directed by Adam Wingard who directed You're Next, he also directed segments of V/H/S and V/H/S/2.

I am hoping this movie turns out to be this year's Drive, while gaining wide attention and appeal. 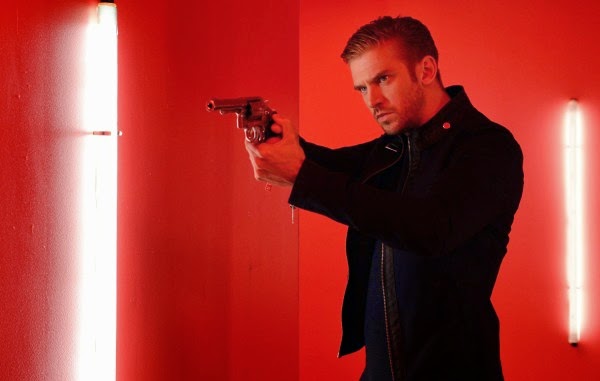 Here is part of the review by Matt Goldberg from Collider.com, posted in January 2014.

From 1974 to 1988, director John Carpenter was pretty much unstoppable. His films were scary, funny, strange, and thrilling.  Adam Wingard’s The Guest feels like a lost Carpenter film from the director’s golden age. The picture effortlessly moves between a nerve-wracking mystery to a gleefully dark comedy, and at its best it even mixes the two together. While Wingard carries the Carpenter-esque tone by making excellent use of Robby Baumgartner’s cinematography and Stephen Moore’s score, his greatest asset is Dan Stevens’ tremendous lead performance. And even when the picture starts to get away from Wingard, it never ceases to be an entertaining ride.

THE GUEST Acquired by Picturehouse for Fall Release. THE GUEST Stars Dan Stevens
This was posted by Adam Chitwood when the movie got picked up for distribution in March 2014.

The new film from You’re Next director Adam Wingard and screenwriter Simon Barrett will be coming to a theater near you this fall.  After premiering at the Sundance Film Festival to positive reviews, Picturehouse has picked up U.S. rights to The Guest for a fall release, marking the studio’s second feature film release after making their debut with last year’s Metallica Through the Never. The Guest stars Dan Stevens (Downton Abbey) as a soldier who befriends the family of a fallen comrade and becomes a threat to everyone around him when it turns out he may not be who he says he is.  I caught the pic at Sundance and it’s a great 80’s throwback that’s kind of like a cross between Halloween and The Terminator. Stevens is excellent in a dark role that is the polar opposite of his Downton Abbey character, and Wingard and Barrett have a ton of fun with the gleefully dark premise.

Steve Weintraub posted the following before posting his interview with the director.

One of my favorite films at this year’s Sundance Film Festival was The Guest. Directed and written by the team behind You’re Next (Adam Wingard and Simon Barrett, respectively), The Guest is fantastic and as Matt said in his review, it “feels like a lost John Carpenter film from the director’s golden age.  The picture effortlessly moves between a nerve-wracking mystery to a gleefully dark comedy, and at its best it even mixes the two together.” Trust me, it’s a film you should be excited to see and I’m sure it’ll be released sometime this year.  The Guest stars Dan Stevens (in an amazingly dark turn), Maika Monroe, Leland Orser, Lance Reddick, Chase Williamson, and Brendan Meyer.

Posted by Vivek at 3:38 PM 0 comments Links to this post

Email ThisBlogThis!Share to TwitterShare to FacebookShare to Pinterest
Labels: 2014, movies, The Guest

Speed was released 20 years ago today on June 10, 1994. I remember seeing the movie about 3 or 4 times in the theatres, I was in the 8th grade and it was few months before I turned 13.

I couldn't get enough of the movie and the epic musical score stayed with me for weeks. I liked Keanu in the Bill and Ted movies, but I became a fan after Speed.

I loved the whole elevator rescue opening as much as the rest of the film, which pretty much led to my fascination with SWAT teams in general.

As someone who preferred his hair longer I even ended up cutting my hair way too short few weeks after watching this film :).

And I love the fact that Joss Whedon ended up being one of the key writers of the film, which I only briefly remember reading about years ago; but his recent interview really dwells on his contributions to the script.

Here are some good articles that offer a look back at the movie along with words from Keanu Reeves, Sandra Bullock and director Jan de Bont.

Still Traveling At 50 MPH 20 Years Later: Why 'Speed' Was The Pinnacle Of '90s Action Movies

Posted by Vivek at 11:30 PM 0 comments Links to this post

Edge of Tomorrow is great, so funny and for a movie that repeats itself it's still full of surprises & extremely entertaining.

I am heading out of town for few days and I can't wait to see it again when I return next week :). 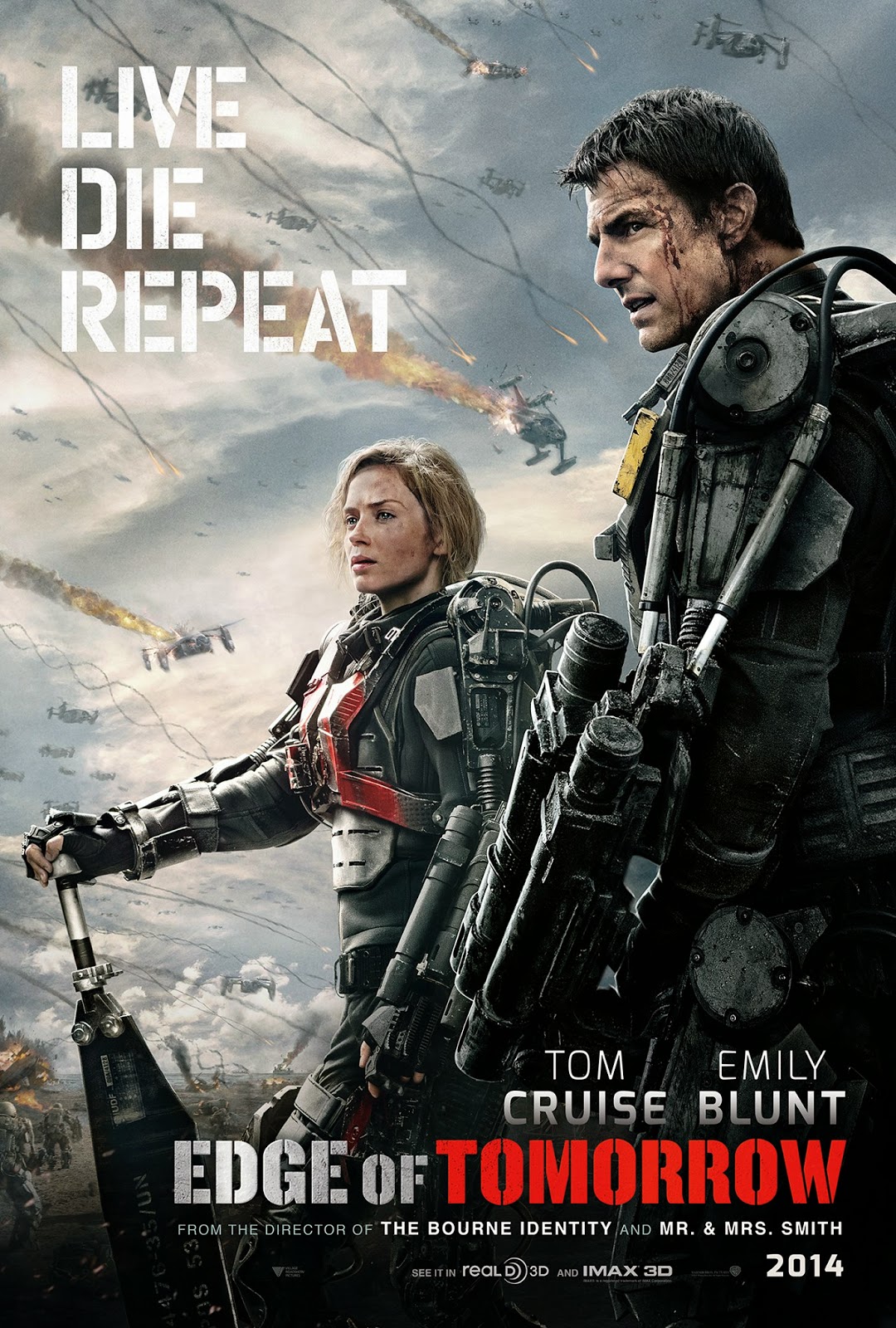 Posted by Vivek at 1:32 PM 0 comments Links to this post