Gravity Is Movie Magic At Its Finest

Gravity was stunning and gripping as I had hoped for. I made the 16 hours round trip to Bangalore to see it at PVR IMAX in 3D, not true IMAX but still the best picture quality I have seen.

Sandra Bullock gives a great and endearing performance, while George Clooney is charming as he balances out some of the tension. Plotwise the film is akin to a bottle episode but high on visual spectacle and the short 90 minutes duration of the film helps with its pacing.

Most of the film is CGI blending with live action, which was seamless including some stellar transition between different perspective shots.

Thanks to director Alfonso Cuaron, cinematographer Emmanuel Lubezki  and the rest of the Gravity cast and crew who have delivered one of the most immersive cinema experiences of 2013. 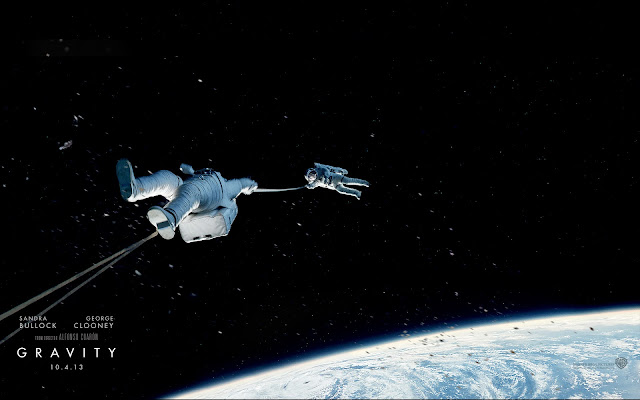 Posted by Vivek at 6:19 PM 0 comments Links to this post