Star Wars: The Force Awakens release was delayed in India for a week, so I went offline pretty much completely to avoid spoilers after its worldwide premiere last week.

It's getting released here on Dec 25 Friday but they had a early Thursday night screening. And having a packed enthusiastic fan crowd just made the movie experience even better.

The movie has its problems especially with some of the story elements being a retread of the original trilogy, but the characters really hold up the movie for me.

Though it may not be the contender for my most favourite movie of the year, I enjoyed it very much and I'm hoping to watch it again next week.

The movie was fun, exciting and emotional. Couple of great goosebumps inducing moments. I was happy to see the familiar characters but even more glad to see the new characters blending so well in the existing mythology. The new characters are compelling and I am really looking forward to seeing their further adventures and to explore their backstories.

JJ Abrams was under so much pressure with this enormous task of delivering a sequel that would be embraced by the majority of Star Wars fans. And though the movie will always have its share of fans who were genuinely disappointed with the movie, I feel most would agree that he did a good job with it. 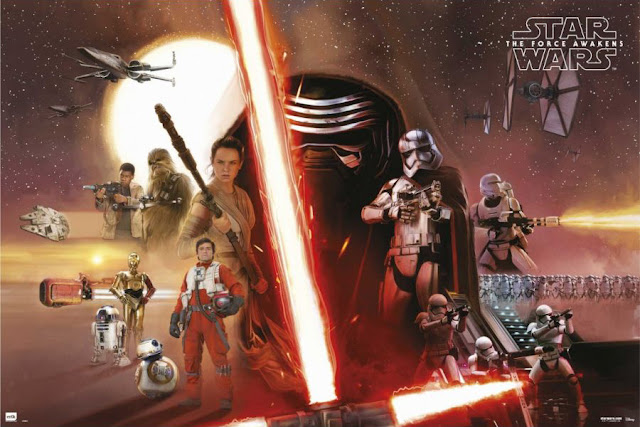 Posted by Vivek at 8:14 AM 0 comments Links to this post