One of the biggest strengths of Dawn of the Planet of the Apes is its invoking sense of realism which results in an immersive experience.

The visuals effects by Weta Digital in the movie are so great and seamless that one would forget they are CGI apes and early on it pretty much gets taken for granted that they are inhabiting the world.

Leading the charge is Andy Serkis as Caesar. He has many moments of verbal dialogue and sign language (shown with subtitles), but even during scenes where he doesn't even speak a word he is able to display such range of emotions, it's a fine example of his staggering performance. His collaboration with the visual effects team along with the rest of the performance capture team is leaps ahead of the first film.

Michael Giacchino has given the movie an audacious musical score and I look foward to listening to the whole score when it gets released. 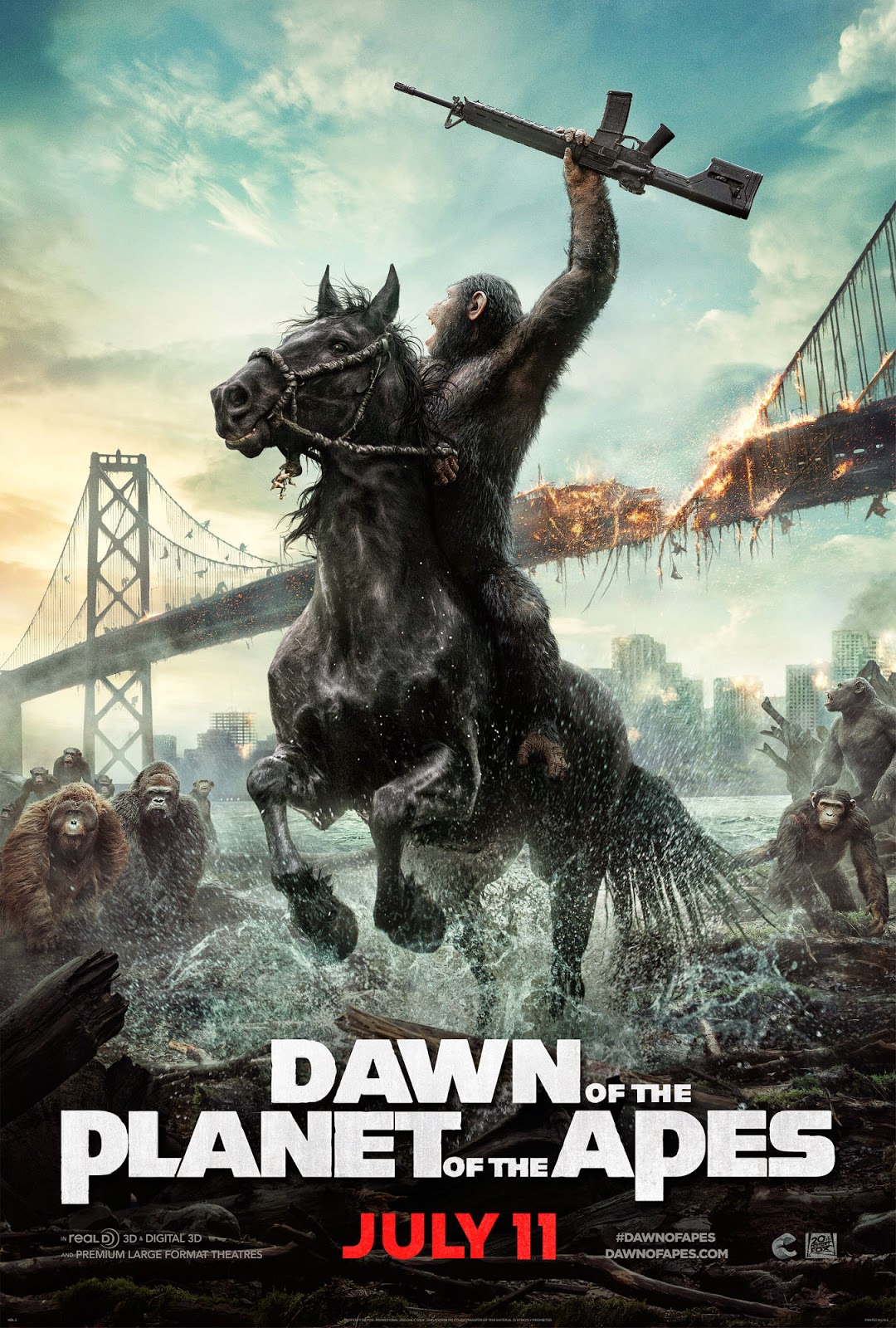 Posted by Vivek at 2:56 AM 0 comments Links to this post