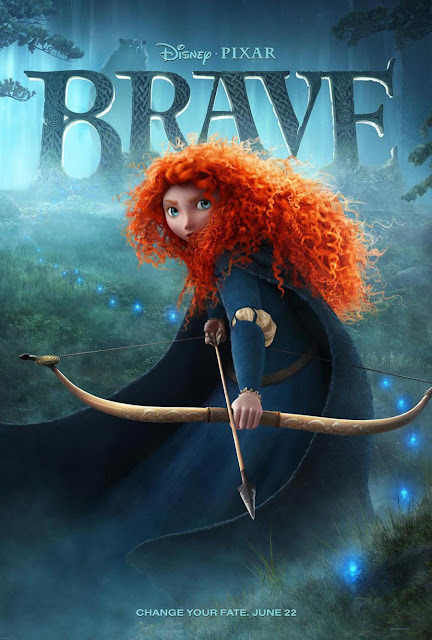 In comparison to Pixar's previous films Brave isn't groundbreaking in terms of unique story, but it's still a really good fun film. Gorgeous animation and oh that lovely orange hair. And gotta applaud Pixar's decision to keep the second act under wraps during marketing, took me quite by surprise (I had only seen one trailer, don't know about the rest). Very rarely we get to experience that with big movies these days.

I was totally engrossed in the film and forgot to spot the Pizza Planet Truck easter egg. Also found out now that there was a post-credits scene which I missed, though it wasn't anything big.
Posted by Vivek at 9:56 PM 0 comments Links to this post

Yesterday I watched the movie Contact again after a very long time. And since it's been awhile, the movie especially many parts before the third act appeared all fresh to my memory. There are some great little character moments of Ellie played by Jodie Foster and Ellie as a kid played by a younger Jena Malone (who I recognized only yesterday as I was watching the movie).

I've always been fascinated with space since I was a kid and now even though mankind's current prospects of deep space travel aren't looking bright, my enthusiasm for space continues to grow stronger. So watching Ellie talk about space with such devotion and the moments where she roots for things in the name of science, they were all so endearing to watch and had me in tears couple of times.

It's sad that Carl Sagan who along with his wife Ann Druyan was actively involved in the development of the film but never got to see the completed film.

After the Back to the Future movies and Forrest Gump, Contact is my favourite Robert Zemeckis film. I am glad Zemeckis is back to doing live-action films and I hope someday he will consider doing another sci-fi film.

And it's quite a coincidence that Jodie Foster's new sci-fi film Elysium from director Neill Blomkamp (District 9) had a private audience screening yesterday, which I read about earlier today.

I found this beautiful poster for Contact but since I haven't seen it listed in other places online I am guessing it's probably a fan-made poster, also cause there are no movie studio credits listed on the poster. Would have still loved to have it in a poster size. 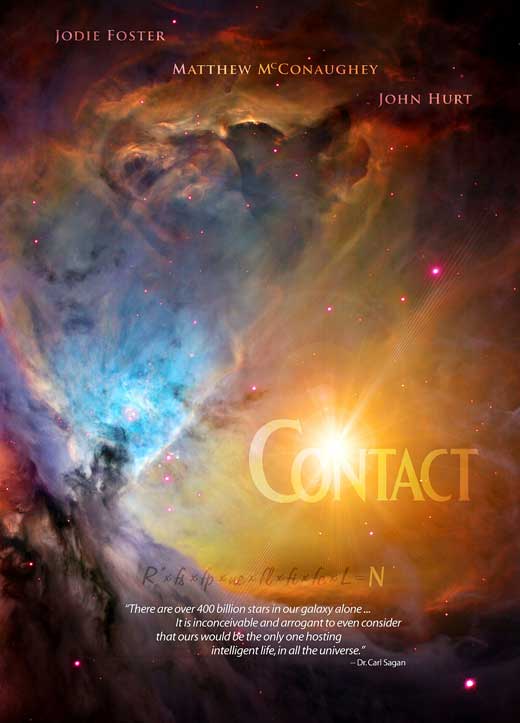 Posted by Vivek at 5:50 PM 0 comments Links to this post

When Ridley Scott chose to go with a new mythology and story for Prometheus (based on writer Damon Lidelof's suggestions), it would have been much better if they had gone all the way and completely distanced their movie from Alien. No matter how good of a script they would have weaved, Prometheus could still never match up to Ridley Scott's original Alien. And for sometime during pre-production the movie supposedly didn't have anything to do with Alien. But the Alien brand is too big to ignore, so things from Alien ended up being shoehorned into Prometheus.

Read more »
Posted by Vivek at 4:58 AM 2 comments Links to this post