Last week Bob Gale made a surprise visit at Secret Cinema's presentation of Back to the Future in London and he recently talked about his experience, which I have posted below. The event is still running until the end of August, so if you are a BTTF fan and if you can make it there, sounds like an amazing event worth attending.

After my three weeks of US trip, I was in London for couple of hours last week but it was only for my connecting flight back to India. I wish I could have attended this event, as it would have been a rare experience to be amongst such a large crowd of devoted BTTF fans in the fictional settings of Hill Valley.

Great Scott! Secret Cinema's presentation of BTTF is absolutely fantastic, and a must for any BTTF fan who can go! They've done an amazing job on every level. The cast, who play characters from the film and various townspeople, is outstanding. They are all in character the entire evening and do wonderful improvisations with the audience.

If you walk into the Realty Office, a salesman will try to sell you a home in Lyon Estates. If you visit the Texaco Station, the uniformed staff will give you a dexterity test to see if you can join their team. Visit Peabody's ranch and the family will baptize you into their clan. Doc Brown conducts static electricity experiments with visitors to his house. The movie theater is actually running "Cattle Queen of Montana." Mayor Red Thomas is running for re-election and will try to solicit your vote. George McFly bicycles around town, asking if you've seen Biff. If you have a burger and fries at Lou's cafe, you'll see Goldie Wilson sweeping up, and Biff might come in to harass you.

Not only do they re-enact scenes from the film, but they create additional vignettes as a result. For example, after Marty is hit by Sam Baines' car, the neighbors across the street call a neighborhood watch meeting out of concern for the strangers who have been appearing in town. I went 3 times and didn't see everything. There are live bands playing music from the 50s and 80s, and a radio station broadcasts period music and local news, live in real time.

At 9 pm, after a town parade around the square, the movie begins, and it's enhanced with live actors mimicking the on screen action, culminating with lots of spectacle for the clock tower scene. The technical aspects are also excellent. It's an amazing rush to be surrounded by 3500 people who love the movie, who have dressed up for the 1950s to celebrate it, and who react with total enthusiasm throughout the event.  Giga-kudos to Fabien Riggall and everyone at Secret Cinema for one of the finest BTTF experiences in history! 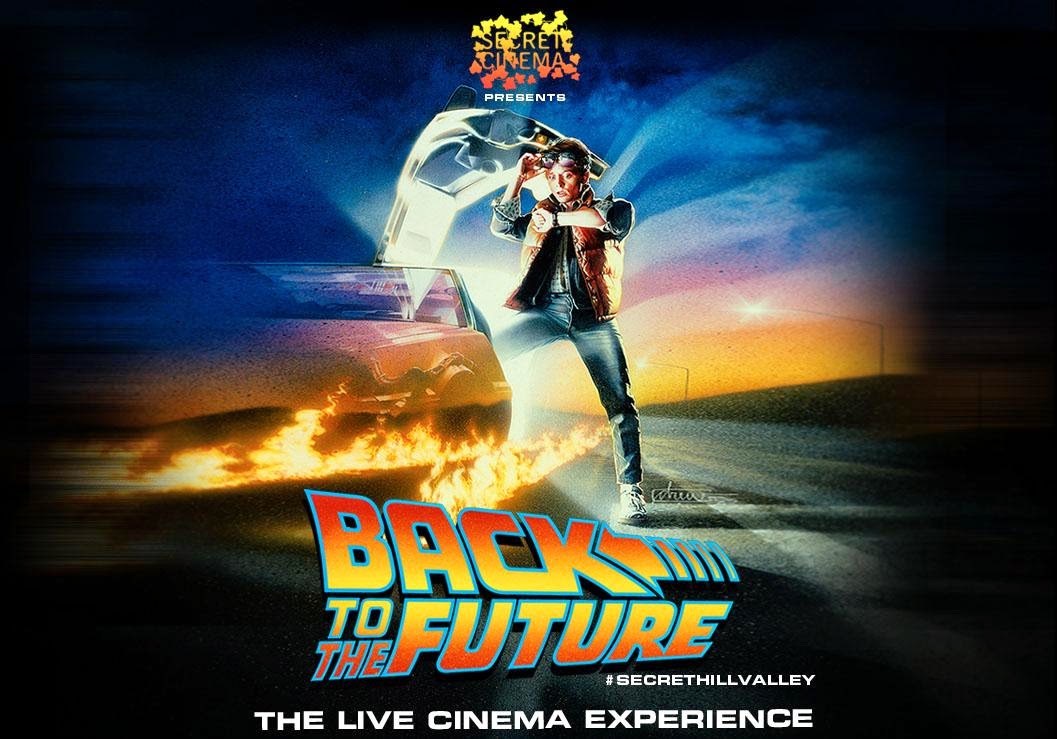 Email ThisBlogThis!Share to TwitterShare to FacebookShare to Pinterest
Labels: back to the future, bob gale, bttf, secret cinema

Guardians of the Galaxy

Loved every aspect of  Guardians of the Galaxy. The movie is visually beautiful and colorful, also it's a welcoming change in aesthetics that I hope continues the trend of movies going with bold colors.

Every character of the team is a badass and you end up wanting to see more of them as the movie draws to a close. There was no doubt that Guardians of the Galaxy was going to be hilarious and a fun action packed space adventure movie, but it had so much heart which surprised me the most. Rocket is awesome and he is a big highlight of the movie, but Peter Quill is my absolute favourite.

The movie features a fantastic soundtrack with songs you want to listen to again and again, accompanied by a good exciting score by Tyler Bates.

Though the movie ties into the Marvel Cinematic Universe, it's a great standalone film even for those who aren't familiar with any of the prior Marvel movies.

Thanks to my friend Shaneez, who ensured that we got to see it in a true IMAX 3D theatre (70 mm) at AMC Universal City Walk during my stay in LA. It was one of my best theatrical movie experiences ever. 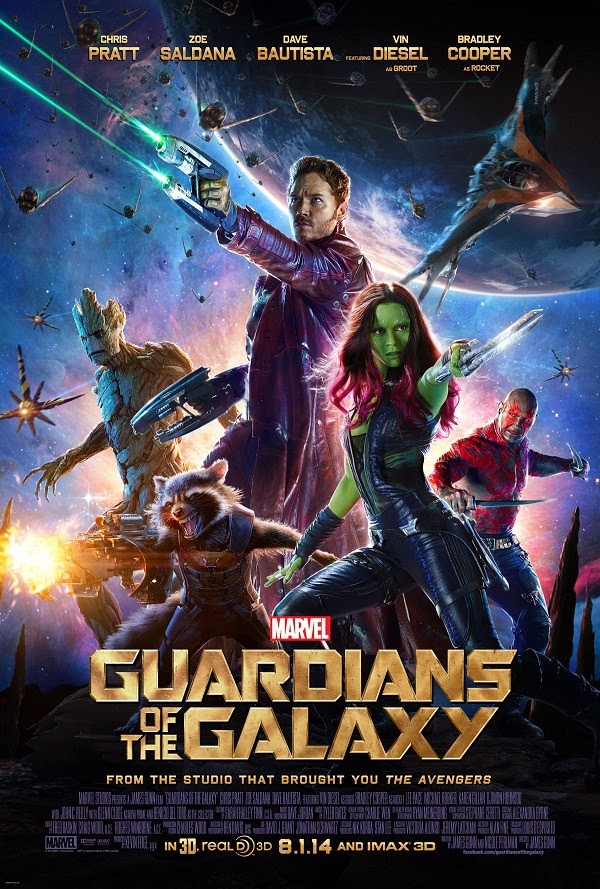